The Humans Behind Kolide series features interview-style blog posts with the humans who build our product and make it work. Get a behind-the-scenes look at who we are and the culture at Kolide.

Hunter is a full-stack Ruby on Rails engineer from Minneapolis, MN. He joined Kolide at the beginning of November 2021 after working in the education technology space for two and a half years. When he’s not working, Hunter spends time with his dog, riding his bike around the city, practicing his guitar shredding skills, or playing a heated game of Mario Party with his wife, Stephanie.

Since Hunter is the first Engineer that’s joined us since 2018, we wanted to get his perspective on his first few weeks at Kolide!

Before we get into it, we need to know about any pets. Full details stat.

I always love an excuse to talk about my dog. His name is Poppy, and he’s such a sweet guy. My wife and I adopted him last November after almost a decade of wanting a dog but not being able to due to the apartment we were living in. We actually weren’t planning on adopting a dog so soon after moving, but the second we saw his picture, we knew we had to visit him. Now I can’t remember what it was like not being woken up by my big lovable goof. He loves running around at the dog park, playing with his friends at daycare, entertaining guests at the apartment, and cuddling on the couch. 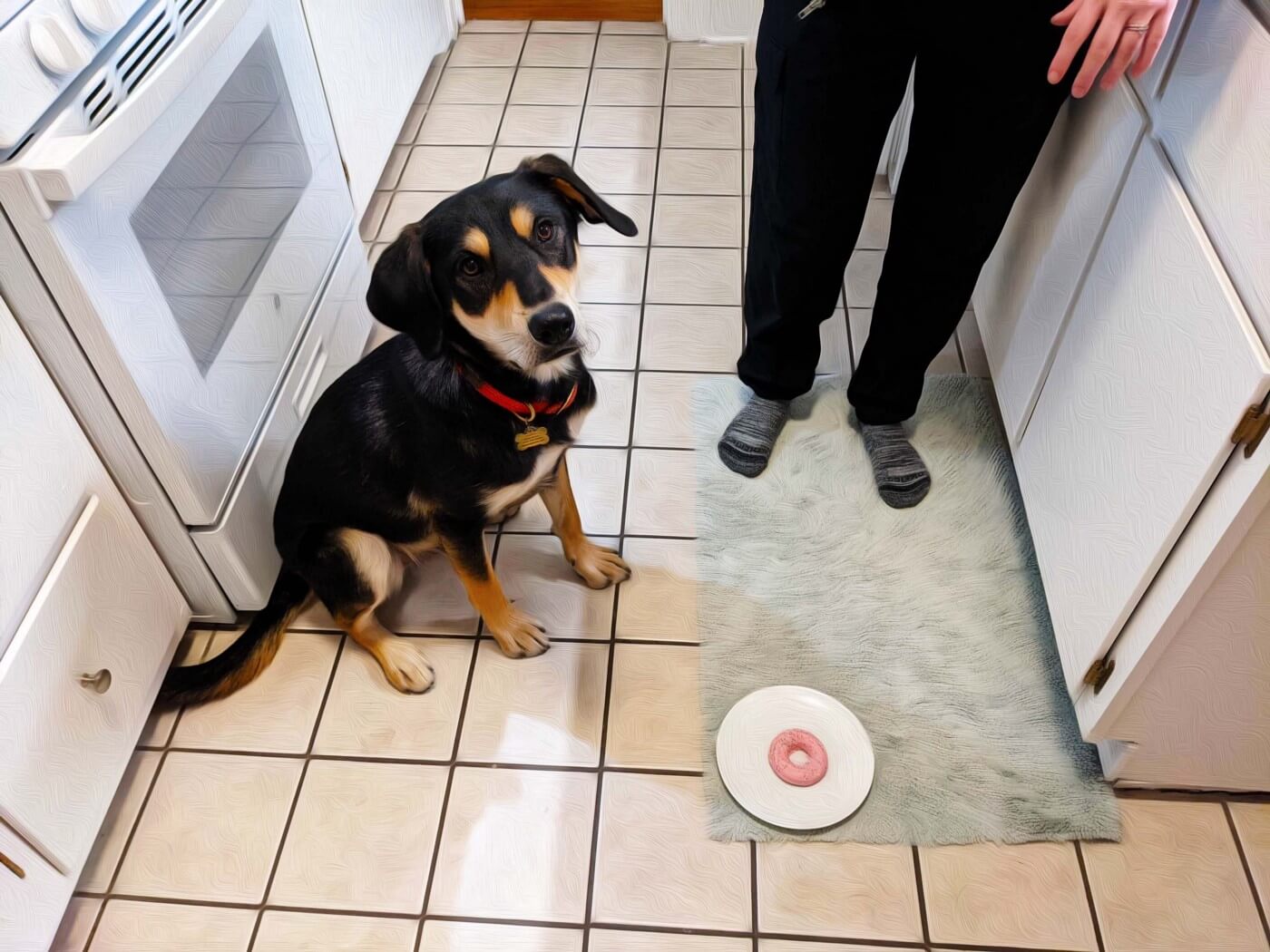 Poppy celebrating his 1-year anniversary with Hunter and Stephanie.

You’re joining Kolide during a time when full-stack engineers are in extremely high demand, and you have dozens of great options. How did you find Kolide, and what made you decide to join ultimately?

It was definitely a case of being in the right place at the right time. I had been ignoring recruiter emails for about two and a half years but had heard the job market was crazy for developers, so I decided it wouldn’t hurt to at least read a couple of job descriptions that were sent my way. A couple days later, I got an email about Kolide. The sentence that stuck out to me was “proudly written in a single majestic monolithic Rails 6.1 codebase”.

Next thing I knew, the recruiter had connected me with Jason, the CEO, and our scheduled 30-minute video call stretched on to past an hour. I actually called my wife afterward and told her, “Unfortunately, the call went really well,” because I had a feeling I was going to be having to put in my resignation at my current job. After going through the interview process and meeting more of the team, I knew that Kolide had something special going on and that I wanted to be a part of it.

What’s the weirdest thing you’ve done at Kolide so far? At previous developer jobs, I could probably only talk about some janky code I had written, but I actually have a good answer for this one, in what I’ll call “Uber-driven development.” My first week on the job was out in Denver to join some of the team for RubyConf, and we used every spare moment to supercharge my onboarding.

One of my first tasks was updating our macOS Screenlock Check instructions to match the latest versions of macOS. The issue stemmed from Apple renaming the “Energy Saver” preference pane to “Battery” in macOS 11. Easy enough; check the device’s OS version, swap out “Energy Saver” for “Battery” in the instructions and call it a day, right? But what about machines like the iMac that don’t have a battery? That was the million-dollar question, but all we had were our MacBooks. An hour later, the four of us were in an Uber on the way to the Apple Store to check for ourselves, and it’s a good thing we did! The iMac still displays “Energy Saver”, and the tabbed interface was moved from the top to the left.

You were the first new engineer to be hired at Kolide since 2018! Did it feel like that when you joined?

In some ways, yes, but in a lot of ways, no. In the “yes” column, hearing the quick back and forth during my first engineering meeting left my head spinning a bit. Lots of new terms and references to technologies I’m not yet familiar with were flying around, and I feel I maybe caught a quarter of what was being said. I don’t see this as a bad thing, though, because a big part of what drew me to Kolide was the opportunity to learn new things, and the rest of the development team has been eager to help me out during my first couple of weeks.

In the “no” column, I already feel like I’m part of the team and never really got the feeling of being the “new guy”. I’m already joking around with everyone and reaching out via Slack or video call to work through questions and problems with other team members daily.

Your first day was when much of the team was at RubyConf! What was that like?

It was entirely coincidental, but I don’t think we could have planned it better if we tried. It was a great way to get onboarded and start developing relationships with my co-workers. On day zero (Sunday), Jason and I got my computer set up in the hotel lobby, and the next day Jason, Blaed, and I were huddled around my computer screen working through my first pull request together. I got to deploy a bug fix just hours into my first day, which was a really satisfying experience!

Tell us about some of the things you worked on in your first few weeks. Are you shipping more/less code than you expected?

To answer your second question first, I’ve been able to ship a ton of code already. I had expected to get a small handful of things done in the first week or two, but I’ve already merged well over a dozen pull requests. This has been everything from fixing a minor display issue to fixing a vulnerability reported by a security researcher to working directly with a customer to fix their search problem. I’m currently wrapping up work on a pull request to store browser extension icons in our database using Active Storage and have picked up some new techniques that I hadn’t seen before.

We learned during the interview process you were worried about working remotely. How is it going so far? Any tips you’ve picked up?

I have always enjoyed going into the office and seeing co-workers, so I didn’t think remote work was for me. It was one of the first things Jason and I discussed during my interview. However, I got some good advice and perspective throughout the interview process, so I decided to give it a shot. It’s still early days, but I’m already starting to settle into the new routine, and I’m slowly figuring out how to make it work for me. First off, I decided to make my home office as comfortable to work in as possible (with the help of the home office stipend). I’m still waiting for my new office chair and a few more things to arrive, but having a well-organized, well-decorated space in which to spend my workday helps.

It also helps to make sure to take regular breaks throughout the day. In an office environment, breaks are a regular part of the day, between lunch breaks, coffee breaks, and walks with co-workers. Working from home requires being a lot more deliberate about it. Luckily, my new coworker Poppy makes sure I take breaks to play with him and take him outside.

Oh yeah, and I always make sure I’m stocked with plenty of coffee!

Any thoughts out there for folks thinking about joining Kolide?

If you’re looking for a fast-paced environment with a team of talented people, do not hesitate! I’m only a couple of weeks in, and I’ve already been able to make a demonstrable impact on our product and our customers. Hell, I was asked to write this article on the first day of week 3! I’m excited to be the newest member of Kolide and see where we take things next year. Inside Kolide
Your Software Startup Needs an ICP
Harry Robinson